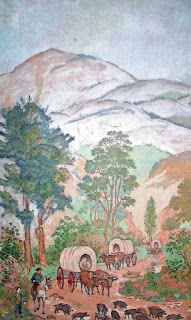 The Buncombe Turnpike, the big commercial enterprise of antebellum Western North Carolina, arrives at a resort in Hickory Nut Gap, as depicted in the mural at the McClure-Ager home in Fairview. 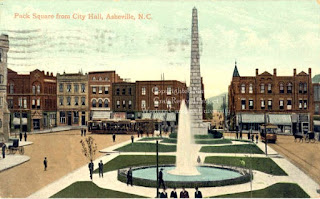 The Vance Monument in Asheville, NC, is a tribute to a white supremacist, the leader of a political party that destroyed the promise of Reconstruction and imposed segregation upon North Carolina. The monument is a towering insult to African-Americans, an affront to American ideals and an embarrassment to the city of Asheville.

2. Opposed secession until Fort Sumter was fired on/Lincoln asked North Carolina for troops. By the time North Carolina seceeded Vance was a captain commanding a company known as the "Rough and Ready Guards." Later he was elected colonel of the 26th North Carolina Troops, which he ably led in battle at New Bern in March 1862 and shortly afterwards in the Seven Days fighting before Richmond. Thus, Vance fought for the Confederacy.

3. Vance was elected North Carolina governor in 1862. While he had disputes with the "central" Confederate government in Richmond, Virginia, he never waivered in his support of the Confederate cause.

4. At the outbreak of the Civil War, Zebulon Vance owned six slaves. After the war he stated the following about "perfect negro equality": "There are indications that the radical abolitionists … intend to force perfect negro equality upon us. Should this be done, and there is nothing to prevent it, it will revive an already half formed determination in me to leave the U.S. forever."

5. Later, in 1870, Vance stated: "[T]he African negro, the descendants of barbarian tribes who for 4,000 years have contributed nothing to, though in close contact with, civilization."

6. Having a North Carolina county named for him, Vance County, Zebulon Vance referred to it as "Zeb's Black Baby."

7. Vance attempted to make a distinction between civil rights and social rights in 1874, stating the following with respect to a bill introduced in the US House of Representatives: "There is no railway car in all the South which the colored man cannot ride in. That is his civil right. This bill proposes that he should have the opportunity or the right to go into a first-class car and sit with white gentlemen and white ladies. I submit if that is not a social right. There is a distinction between the two.” "No race, sir, in the world has been able to stand before the pure Caucasian. An antagonism of races will not be good for the colored man." "It [the bill] begets hopes and raises an ambition in the minds of the colored man that can never be realized."

8. As late as 1878 Vance voiced his opposition to emancipation at a meeting of African Americans celebrating Lincoln's Emancipation Proclamation: "I appear in your meeting to-day simply to acknowledge the respect you have shown me by inviting me as the Governor of the State to visit your assemblage. You cannot of course expect me to join with you in celebrating this day, the anniversary of that emancipation which I struggled so long to prevent, and which I, in common with all the people of my race in the South, regard as an act of unconstitutional violence to the one party, and as an injury to the other." Thus, Vance regarded the Emancipation Proclamation as an act of unconstitutional violence.
at 4:03 PM No comments: 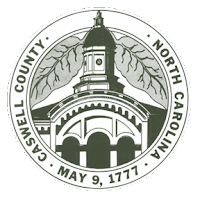 As of January 1, 2020, the Caswell County Historical Association (CCHA) launched a drive to retain existing members and to attract new members.

Why stay or join?

Not enough? Just consider the effort that goes into the following:

Know ye that we have granted unto Ransom Frederick nineteen and eight tenths acres of land in Person County on the waters of Story's and Richland Creek. Beginning at an Ash and pointers [at] Reuben Walton's corner in Tapp's line running thence east with said Walton's line eight chains and twenty five links to a pine stump and pointers said to by Byasees corner then south twenty four chains to a stake in Charles S. Winstead's line thence west eight chains and twenty five links to a rock, thence north on Tapp's line twenty four chains to the beginning. Entered 21st Febry 1856. To hold to the said Ransom Frederick his heirs and assigns forever. Dated 22nd Sept 1856.

It appears that the property began at an ash tree where the land of Rebuben Walton and George Tapp came together, with the Walton land being to the north and the Tapp land to the west. From the ash tree the line proceeded east along Walton's line to a pine stump at the corner of land owned by what appears to be "Byasees." Thus, this Byasees owned the land to the east. From the pine stump the line proceeded south to a stake in Charles Winstead's line, thus indicating that Winstead owned the property to the south adjacent to the Byasees land. The line then ran west to a rock, presumably at the interesection of the Winstead and Tapp lands. The final leg was north from this rock along Tapp's line back to the beginning ash tree. The chain carriers apparently were John Long and Robert Westbrook.

At the time of the 1860 United States Federal Census Ransom Frederick (Fedrick) was shown living in that part of Person County associated with the Hurdle Mills Post Office. This is substantially south of both Richland Creek and Story's Creek. However, the following 1870 United States Federal Census suggests that Ransom Frederick had moved his family to Olive Hill Township, through which flows Richland Creek.

The 1850 United States Federal census shows Reuben Walton living adjacent to George Tapp, but no location within Person County is provided. Both men were in their 70s. A few doors away is an entry for what appears to be Thomas Byape. 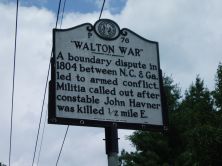