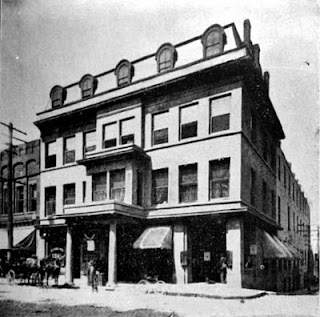 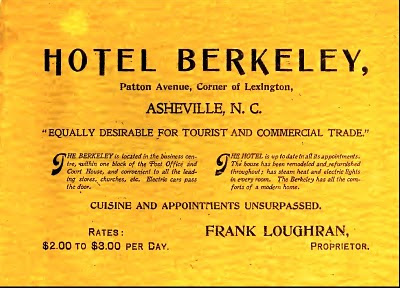 Features of the season's improvements, adding to the popularity of the NEW BERKELEY, are the new offices and lobbies, the ladies' entrance, cozily fitted reception rooms and handsome parlors. Maloney's Asheville, N.C. City Directory (1900-1901).