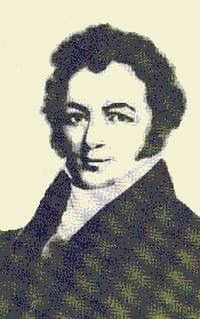 About two miles east of the Carson House sat the home of Joseph McDowell. It was named Pleasant Gardens. John Carson married McDowell's widow in 1797. Mary Moffitt McDowell moved into the Carson House and brought with her the name of her former residence, Pleasant Gardens. In her second home of that name, she gave birth in 1798 to a son, Samuel Price Carson. Beside serving as a North Carolina legislator, Samuel Carson was elected to the United States Congress in 1825 at age 26. He was reelected in 1827 in a bitter campaign that resulted in his duel with Dr. Robert Vance. Carson was a strong supporter of Andrew Jackson. He served in Congress alongside Sam Houston and Crockett, though Carson's friendship with Crockett was strained for a time by Crockett's antagonism toward President Jackson.


For political, personal, and health reasons, Sam Carson departed North Carolina for Texas in 1835. He purchased 3,000 acres in the Red River Valley at Pecan Point near the Texas-Arkansas border. In February 1836, he was elected by his fellow Texans to represent them at the Constitutional Convention in March. This was the same convention Crockett may have hoped to attend as an elected representative. At the convention in Washington, Texas, Carson was almost elected the interim president of Texas. Instead, he was elected the first secretary of state. About this time in the formation of the Republic of Texas, Carson and the other delegates heard that the Alamo had fallen. Carson learned that his friend David Crockett was among the dead. Samuel Price Carson (February 22, 1798 - November 2, 1838) was an American political leader and farmer in both North Carolina and Texas. He served as Congressional Representative from North Carolina. He was born in Pleasant Gardens, North Carolina, and studied under private tutors in Pleasant Gardens; engaged in agricultural pursuits; member of the State senate 1822-1824; elected as a Jacksonian to the Nineteenth and to the three succeeding Congresses (March 4, 1825-March 3, 1833); unsuccessful candidate in 1833 for reelection to the Twenty-third Congress; again elected to the State senate in 1834; delegate to the State constitutional convention in 1835.

By 1836 he had moved to Texas, and was elected by his neighbors to the Convention of 1836 where he signed both the Declaration of Independence and the Constitution of the Republic of Texas. The convention also established an interim or acting government for the Republic, which was still at war in rebellion against Mexico. They considered him for president, but elected David G. Burnet instead, by six votes more than Carson received. In a later vote they elected Carson the Secretary of State. President Burnet sent him to Washington, D.C. lead a team to negotiate for recognition and aid for Texas, then on named James Collinsworth to replace him as Secretary of State. When Carson later learned of this from a newspaper he simply went home.

Later, when borders were formalized, Carson's home was identified as part of Miller County, Arkansas. He died in Hot Springs, Arkansas, and is buried in the Government Cemetery there.