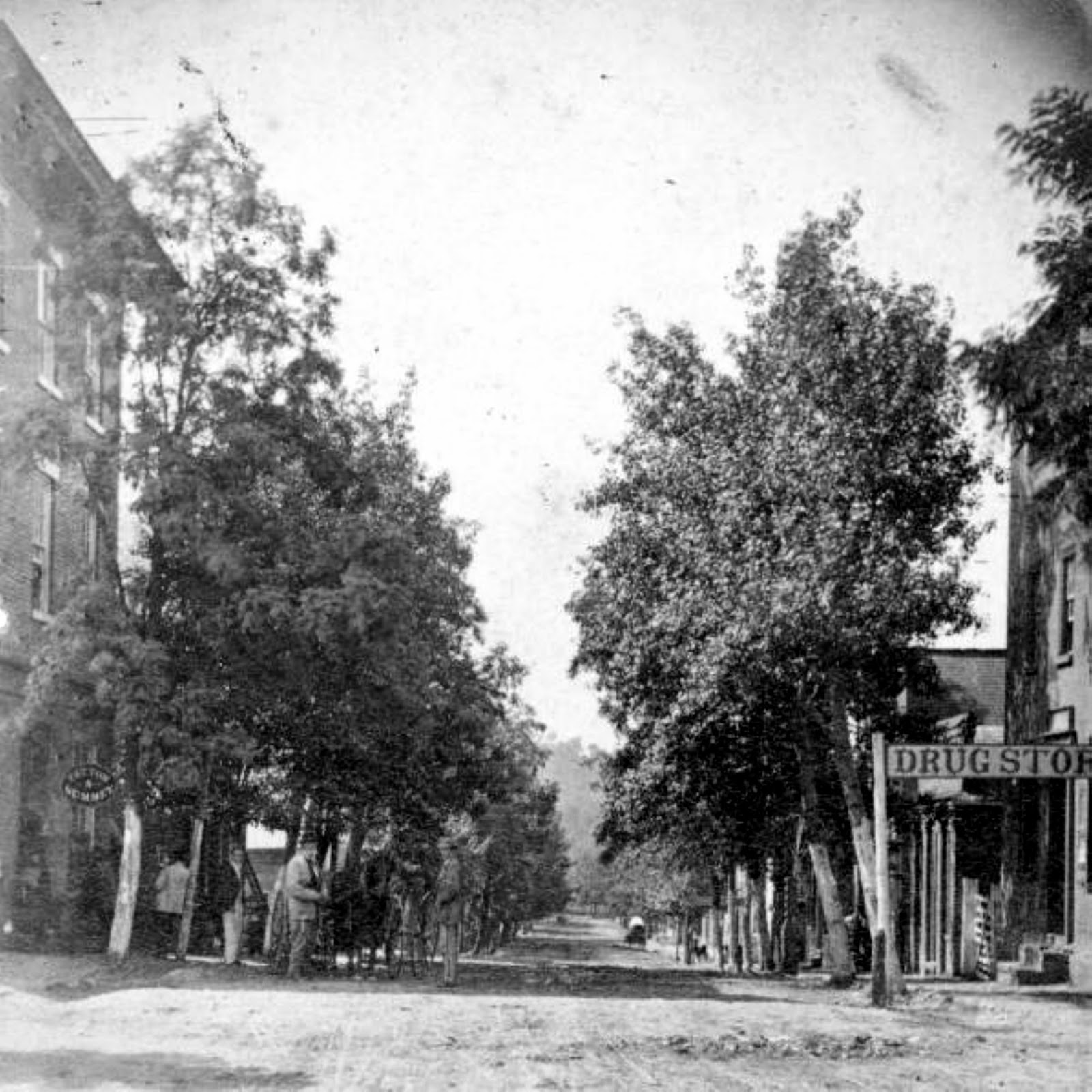 The court house then stood right in front of the Vance monument and the court room, which was an upper story, was reached by a long flight of stone steps outside of the building. The basement was used for county offices. The old jail occupied the ground on which the Asheville library building stands.

The only building on North Main street was the old Buck hotel building and a house built of brick in the rear of Dr. Burroughs' handsome residence and owned and occupied by N. W. Woodfin. On the west side of the street the Stradleys had a blacksmith shop and down below the junction of Merrimon avenue and North Main there was an old tannery owned by Samuel Chunn. From the court house going east there was a road (not a street) which led by Mrs. Morrison's home on the south side of the road to Wm. Coleman's farm, out on or near the end of the Charlotte street car lines. From the court house going west after leaving the square there was but one house, known as the boarding house of the Asheville Female seminary. This ground is not covered by the Drhumor block except a part of the old brick kitchen, which stands on Patton avenue and used as an office. Besides this was not a house until you reached the river at "Smith's bridge" (replaced in later years by an elegant iron bridge) except one old log Baptist church on the ground covered by that elegant residence known as the Melke house.

The lot on northwest Court Square, on which noe stands the Asheville National bank building, Redwood's store, M. V. Moore's store, the Battery Park bank, Blomberg's store, Hotel Berkeley, Penniman Bros. & Co.'s store, W. L. Moore and others, and containing one acre was sold by J. W. Patton to Hugh Johnston after I came here for $1100. It was then a clover lot and enclosed with an old fashioned rail fence.

There were in town only three carriages and two buggies and perhaps four or five pianos. Organs were then unknown in these parts.

The ground occupied by Patton avenue and the Battery Park hotel and the present square north of Patton avenue and south of Haywood street, was a heavily timbered forest, and I have killed many a squirrel in those woods.

Now after living in this town from 1842 to 1900, when I look around and see the vast changes I am led to ask what will the next 58 years do for this place? Truly we ought to feel proud of what we have done in the way of progress and be encouraged still to push on. In 1842 the towns of Rutherfordton, Morganton, Lincolnton, Salisbury and Charlotte were wont to make fun of and point the finger of scorn at us. But leaving out Charlotte please tell me where are all these other places "at."

Should you think these notes would amuse of interest your readers you can publish them, otherwise commit them to your waste basket.