Newton School was built in 1922 and he remembers the principal (see file). Originally Union Hill Academy was, with several other buildings, on this location. For several years the school ceased to exist and the city, in agreement with the trustees, built and opened Newton. It operated until 1982 when, due to integration, the school was not large enough to accommodate the number of children required [however Jesse Ray's children attended - see his tape re: integration. The school building was said to be unsafe when it was closed suddenly during the school year of 1982.]. The land was leased from the Stevens' Family Trust. When the city was unable to use the building it was turned back to the trust. The trust stipulated that the land be used to operate a school. Jack, head of the trust and a member of the Community Foundation Board (see Imogene "Cissie" Stevens tape), devised legal means for the land to be given to the Community Foundation which could sell a portion of the school property and use the proceeds for educational purposes. [Mrs. Mabel Snowden, Jack Stevens]

AN ARCHITECTURAL ORIENTATION
to the Smith-McDowell House

Historic photo of the front elevation of the house

The Smith-McDowell House is the oldest surviving house in Asheville and the oldest brick structure in Buncombe County. Pictured here in a McDowell family photograph from 1875, the house is seen as it was originally constructed and landscaped. Today Smith-McDowell House is a blend of architectural styles dating from its original 1840 construction and additions completed in the late 19th and early 20th centuries. It is a Local Historic Landmark and is included in the National Register of Historic Places.

When constructed in circa 1840, James Smith's brick farmhouse was highly atypical for antebellum Western North Carolina. Prior to the Civil War, most homes were log cabins or roughly fashioned frame houses. An 1824 visitor to Asheville reported that there were four brick structures--a jail, three dwellings, and that the foundation for a brick courthouse had been laid. The low number of brick buildings did not result from a lack of raw materials. The soils of the region provided plenty of clay deposits suitable for brick making and rock deposits across the southern end of the county provided quicklime. In fact, bricks had been manufactured locally in small quantities for use in chimneys as early as the 1790s. However, to build a large structure of brick took many laborers to make bricks and skilled bricklayers to construct the building. In 1840, it took a man of great wealth to build a brick mansion such as the Smith-McDowell House.
Read more »
at 10:07 AM 3 comments:

It would appear that many persons, particularly those who settled the South Asheville Community were related. There is evidence that there were large family clans who were buried in the cemetery. The descendants who live nearby, today, say that they are related thusly: the Pattons to the Millers, the Millers to the Hemphills, the Hemphills to the Averys, the Averys to the Williams, the Williams to the Harpers, and the Harpers to the Paynes.
Illegitimacy appeared to be widespread, or, perhaps, information about black deaths was recorded haphazardly, or many blacks who were born into slavery did not know who their fathers were.
The writer saw only one instance supported by written documentation, of a burial in the South Asheville Colored Cemetery. That was the funeral program of David B. Shields, the father of Mrs. Saint Ola Mapp of Asheville.

The Riverside Cemetery encompasses 87 acres of rolling hills and flower gardens overlooking the French Broad River. Riverside Cemetery dates to 1885, when the Asheville Cemetery Company established the land as a municipal graveyard to answer the growing need for burial grounds. The City of Asheville adopted the cemetery in 1952. It is still an active cemetery with more than 13,000 people buried here, 9000 monuments and 12 family mausoleums. Many of the graves in Riverside contain remains which were removed from other burial grounds and re-interred here. Once inside the large iron gates, you may take a self-guided walking tour through ancient oak, poplar, dogwood and ginkgo trees.

Riverside is the burial place of noted authors Thomas Wolfe and William Sidney Porter, better known as O. Henry. You can learn about Confederate generals James Martin, Robert B. Vance and Thomas Clingman. Some of the names recorded in Riverside Cemetery are those of the city's most prominent citizens: Jeter C. Pritchard, T. S. Morrison, Thomas Patton, and Zebulon B. Vance. Individuals of note interred at Riverside Cemetery include: Isacc Dickson, the first African American to be appointed to an Asheville City School Board; Quenn Carson, Asheville's first female public school principal; George Masa, a Japanese photographer who documented much of the Blue Ridge Mountains and was integral in the establishment of Great Smokey Mountains National Park; James H. Posey, a bodyguard to Abraham Lincoln; and the remains of 18 German sailors from WWI. Riverside Cemetery is maintained by the City of Asheville, Parks and Recreation Department and has been designated a Buncombe County Treasure Tree Preserve.

Riverside Cemetery is located along Birch St. off Pearson Dr. within the Montford Area Historic District. Visitors are welcome 8:00am to 8:00pm during daylight savings time, and until 6:00pm the rest of the year. Self-guided tour packets are available at Riverside Cemetery office Monday-Friday, 8:00am to 4:30pm. For information visit the City of Asheville's Parks and Recreation Department website or call 828-350-2066.

Shortly after the conclusion of the Revolutionary War in 1784 or 1785 settlers from the headwaters of the Catawba and the adjacent country whose frontier establishment was the blockhouse at Old Fort began to cross the mountains into the Swannanoa valley. Among the first of these was Samuel Davidson who came in with his wife and infant child and one female negro slave and settled upon Christian Creek of the Swannanoa a short distance east of Gudger's Ford near the present railroad station called Azalea. He had been here but a short while when one morning he went out to find his horse. Soon his wife heard the report of guns and knowing too well what had happened she took her child and the servant and made her way along the mountains to the Old Fort. An expedition from there at once set out to avenge the death of Davidson.

Alexander Inn is a rambling two-story log and frame structure sited just north of the old east-west roadway in the Swannanoa Valley, about twelve miles east of Asheville, N.C. The inn is sited at a strategic point where the valley floor narrows to several hundred yards, and hence faces not only the old roadway but also the railroad, highway US 70, and Interstate 40--all of the major transportation links into Asheville from the east. The Black Mountains rise gradually to the north behind the inn, eventually cresting at Mt. Mitchell, eastern America's highest peak, less than fifteen miles away.

The inn was initially a small log structure built about 1820 by George C. Alexander. It was enlarged in several stages throughout the nineteenth century until it took its present form--a two-story main block, seven bays long with an engaged two-story porch under a simple gable roof, and with a one-story ell to the rear at its eastern end. A covering of asbestos shingles, added ca. 1950, provides a deceptively unified facade, as revealed on the building's rear elevation where the recent removal of a shed addition has exposed its various framing systems. The building has suffered extensively from termite damage and poor maintenance, but still contains intact and salvageable fabric from all of its construction phases. Relatives of the present owner, a descendant of the builder, have expressed considerable interest in rehabilitating the structure and are presently searching for the means of achieving such a goal.
Read more »
at 1:55 PM No comments: 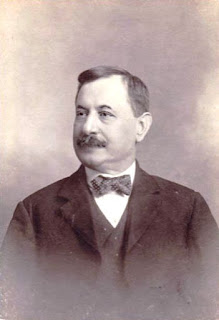 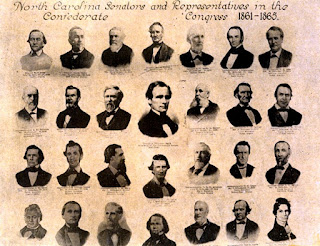