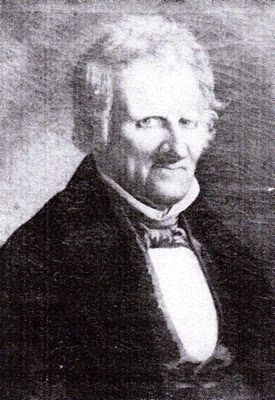 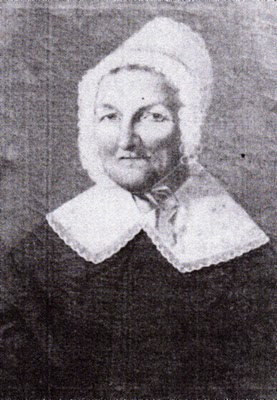 Samuel Winslow Davidson was born April 2, 1781 [gravestone shows 1782] in Burke County (now McDowell), the son of Major William D. and Margaret (McConnell) Davidson. He married Martha McRee, who had been born Sept. 11, 1781 in Mecklenburg County, the daughter of the Rev. Dr. James and Rachel (Cruser) McRee of Rowan County. Her mother Rachel had come from Staten Island, N.Y. Dr. McRee, Martha's father, was a graduate of Princeton College, New Jersey and was pastor of Steel Creek Presbyterian Church, and then Centre Church in Iredell County, coming to the Swannanoa settlement in 1830 when he retired, to live with his two daughters, Mrs. Gudger and Mrs. Davidson. He preached at many area Presbyterian Churches during this period until his death in 1840.

Samuel Davidson held the rank of Colonel and fought in the War of 1812. He owned property in the Swannanoa settlement inherited from his father, that covered a large amount of territory extending as far as the present location of Warren Wilson College. His living came from the bartering of lumber and other general plantation produce drawn from the land.

After the death of his wife Martha, Samuel married Elizabeth (Vance) Davidson, widow of his brother William Mitchell Davidson. Samuel's death occurred on October 14, 1858, and he and his first wife Martha, are buried in the Swannanoa Presbyterian Church Cemetery. There children were:

Life dates also seen as 1772-1856. Source: N.C. Genealogy-McDowell (Pack Memorial Library, Asheville, North Carolina), but this is not consistent with most records and not with the gravestone at the Swannanoa Presbyterian Church.
_______________

Will of Samuel W. Davidson of Buncombe County, North Carolina (Will Book A, Page 199)